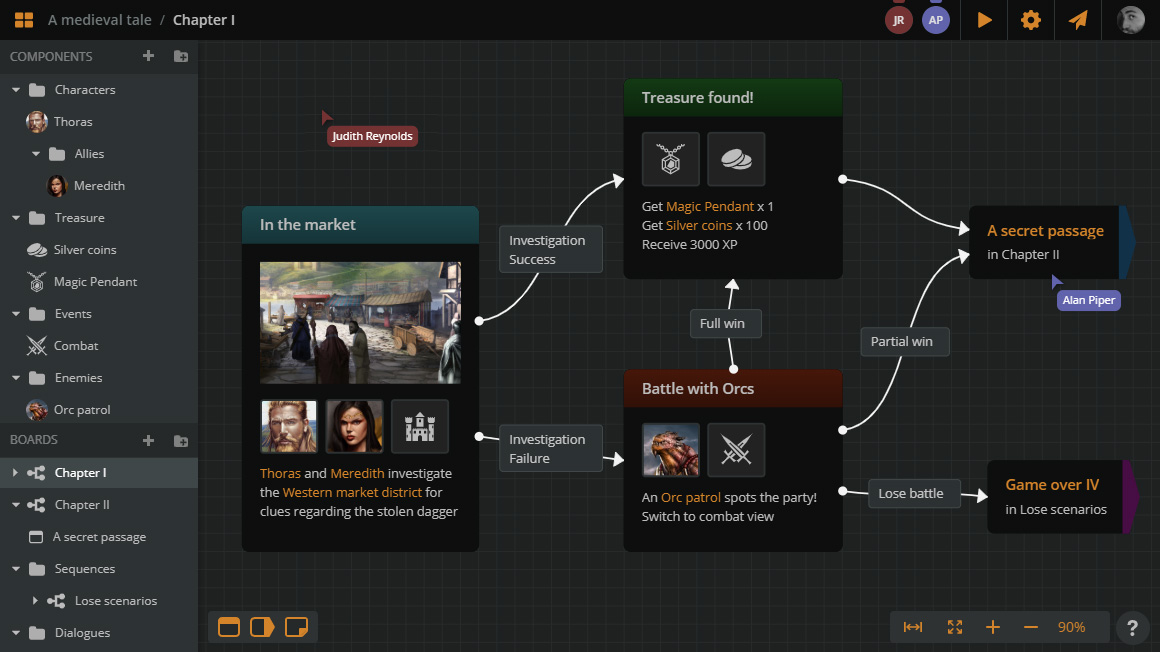 Arcweave is a cloud application for designing and prototyping games on your browser.

You design your game's story and logic as diagrams on multiple boards, connecting nodes (called elements) and conditions (called branches). Τhen, you can run your game's prototype on play mode.

Arcweave aims at bridging the distance between the writer and the developer. It implements logic, while staying as much writer-friendly as possible.

Having its own Play Mode as well as various exporting options, Arcweave offers a tool for creating interactive fiction and prototyping larger-scale projects.

Finally, it allows real-time collaboration for teams of two or more.

{success} Did you know? Arcweave has its own series of YouTube tutorials, covering all its features in detail.

Who is it for?

Arcweave is used worldwide by:

This guide is intendend for mouse/trackpad + keyboard devices. Please refer to the following table for the relevant keyboard actions in touch devices.

{primary} Have a question on an issue? Drop us a line in our Discord channel!